We would like to introduce everyone to our two newest members here at Achaius Ranch, Eli and Faith! 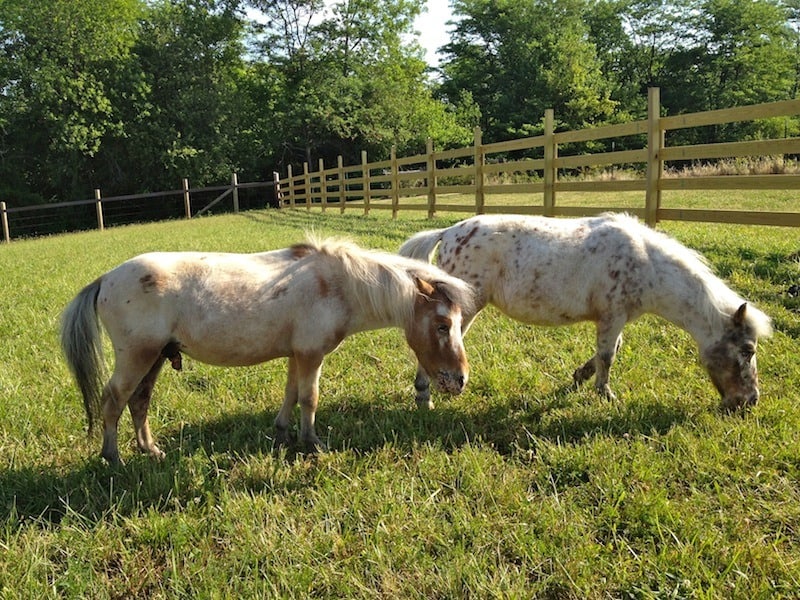 They are miniature horses, both about 7 years old, and blind! We got a call about two weeks ago from a nice couple in Indy asking if we would be willing/able to take in two blind miniature horses. They had only had them for a few days, and were trying to find a good home for them. After some talking and much prayer, we decided to take them, and we’ve had them since Sunday afternoon. 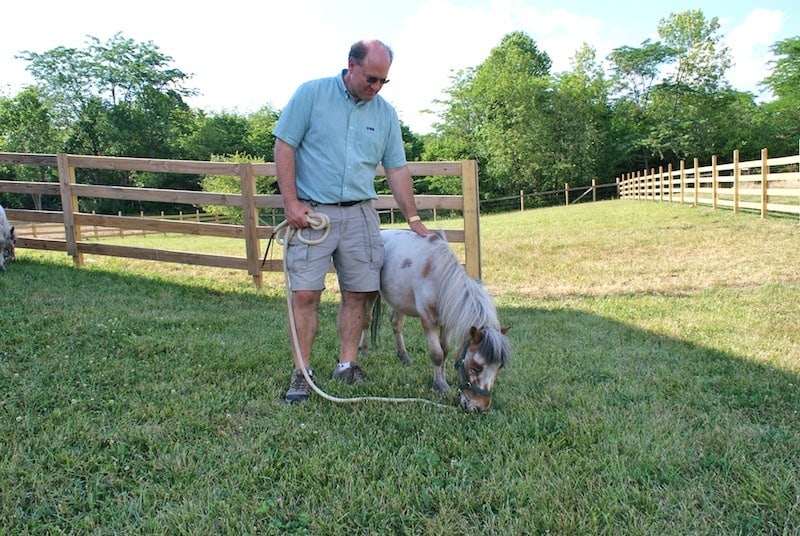 Unfortunately, we only know a few details about their past. The man that the couple got them from had owned them for some time, although we don’t actually know for how long. He was no longer able to care for them properly, so he gave them to the couple that called us.

Faith is a mare and Eli was a stud when we received him. We had the vet scheduled to come out Monday morning to castrate him right away. Everything went smoothly and he seems to be recovering well. Now that he has been gelded, he and the mare can be out in the pasture together without any fear of them reproducing. This has certainly made them happy to be able to spend time together, instead of being separated all the time like they had been in the past.

We had the vet take a look at their eyes to see if she could determine why they were blind. She said they had a lot of scarring on their eyes, and Eli has all of his eyelashes missing on one side. The best she could determine was that they had both gone blind from chronic untreated infections. Their hooves are badly overgrown and in need of a trim, Eli has tapeworm, so we are treating him for that.

We renamed both of them as a sign of the beginning of their new lives here at Achaius Ranch, and to give them new meaning. Eli we renamed after the Old Testament priest that went blind in his later years. Faith’s name was chosen to remind us that  faith is more important than the ability to see everything with our eyes. “We live by faith, not by sight” (2 Corinthians 5:7).

It’s sad to think that these humble creatures may have gone blind needlessly, but God can make good out of all things, and their blindness has given them a special purpose here at the ranch. They show better than any others what it means to trust and have faith in spite of not being able to see. They are such sweet little guys, and we are truly blessed to have the privilege of caring for them. We look forward to getting to know them better and sharing them with all who come here. 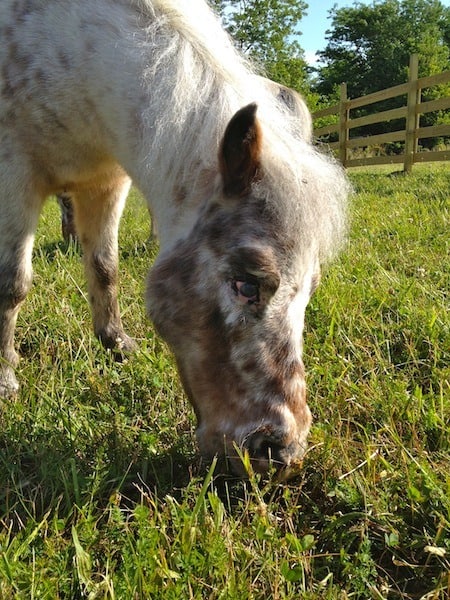