When I first signed up for Achaius sessions, I didn’t know what all we would be doing. I was nervous about riding, because I had never really been that close to a horse before. At first, I mostly just groomed and bathed the horses, but after a while, I wanted to branch out and ride. I was very, very nervous to the point of wanting to give up! I wanted to ride, but I was very scared and wanted to cry. Then Elisha suggested I ride Scooter, the oldest and calmest horse there. I was scared as I saddled up and climbed onto his sturdy, white back, but Elisha started talking with me and cracking jokes. I really didn’t want to get off when the time came to wrap up the session! The session after that, I was much more confident and decided to ride a different horse. I chose a gentle mare named Keva, because she was the horse I picked for most of my previous sessions. After a couple weeks of riding, Elisha asked me if I wanted to try steering or playing a ring toss game on horseback. I chose to try the ring toss. I had SO much fun and was very sad when I had to get off. I was so thankful that Elisha and the horses helped me face my fears and have fun “horsing around”.

I was thankful for the whole time I was there, but here are some of my favorite things there: I was of course thankful for Elisha and Nicole, and how they were serious and thoughtful when we prayed. They always asked how we were and if we needed prayer. However, they were also not afraid to joke and be silly! One of my favorite memories of this was when it was a very hot day, and all we could do was bathe the horses with the hose. But unexpectedly, Nicole ran and hooked up a sprinkler to the hose and Nicole, my friend Amy, and I all ran through it with our clothes on!! There was always laughter and hugs, and friendship all around. I also liked the useful farm chores I learned, such as mucking, grooming, and feeding. I really liked the wide array of friendly animals! As well as horses, there were friendly dogs and curious barn cats. I even liked getting out of my comfort zone and into the saddle. 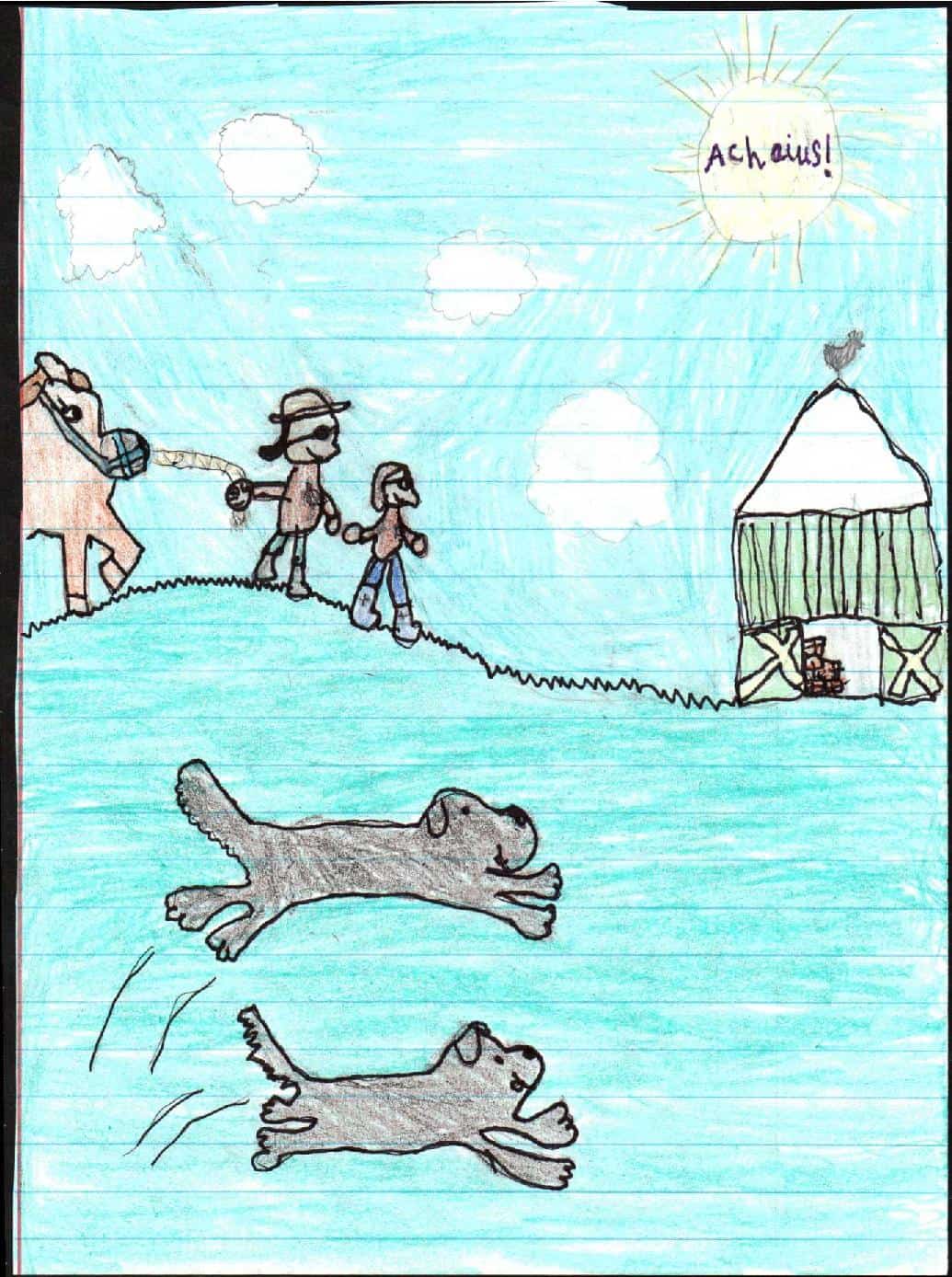 *Faith D participated in sessions during the 2013 season. She graciously agreed to write and draw a picture about her experiences.