Many things have happened in the last few months since Cornstock:

Finnian Wilson was born on November 11th, 2 1/2 weeks early, weighing 6 lbs. 5 oz.! He had fun meeting the herd for the first time! They sure were curious of him, and Patrick wanted to nibble on him, which is quite typical of Patrick. 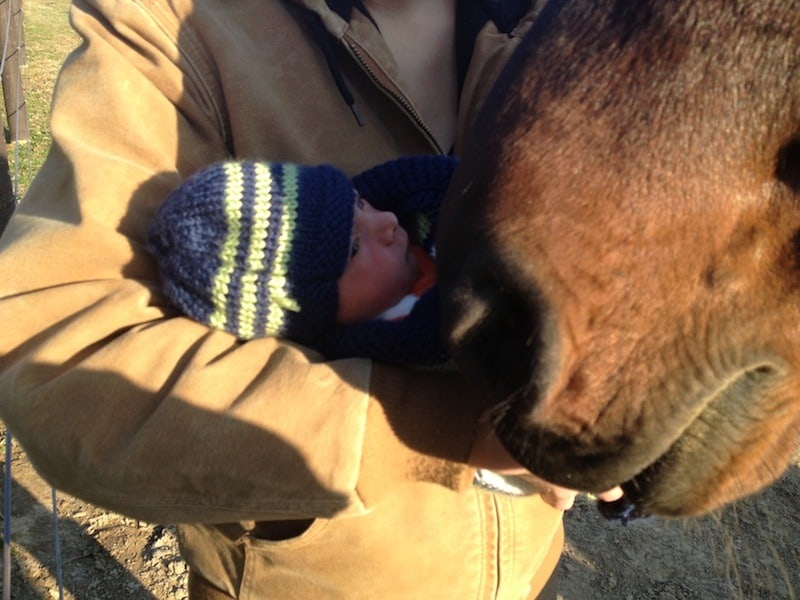 Apparently Sparky just wanted to use us as a scratching post . . . I think it was his way of saying he missed me. 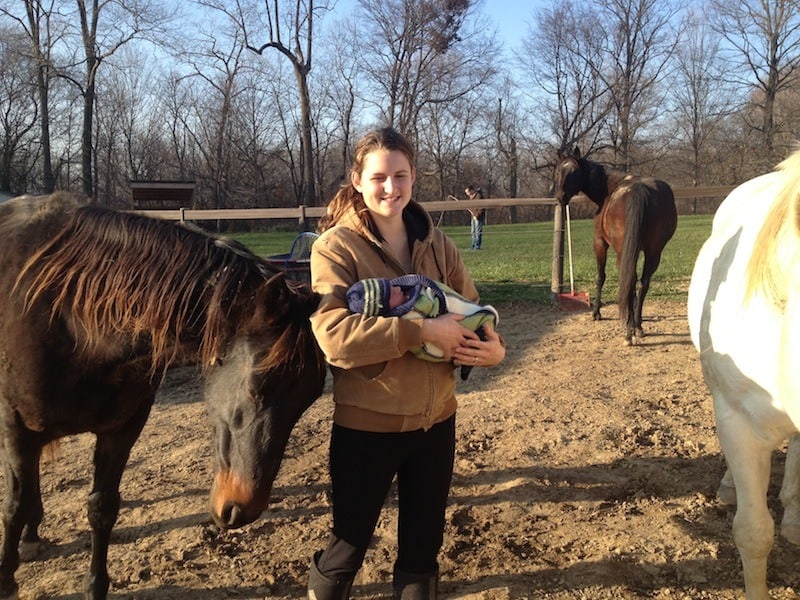 Christmas was wonderful and Finn sure seemed to enjoy himself! I was so excited when I got this adorable pic of him grinnin’ in his santa suit! 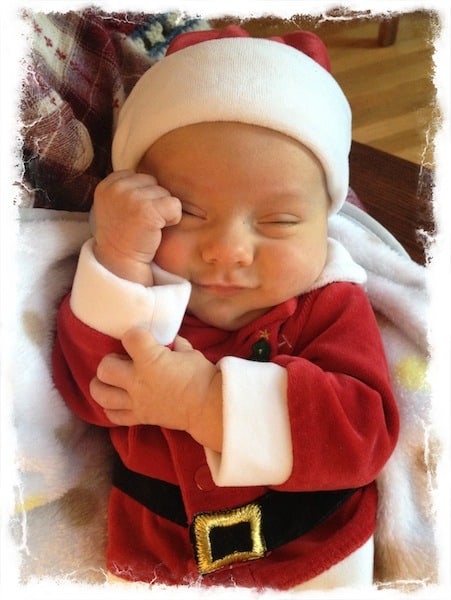 The day after Christmas we had a fairly big snow storm which blanketed the ranch in a beautiful layer of white snow! 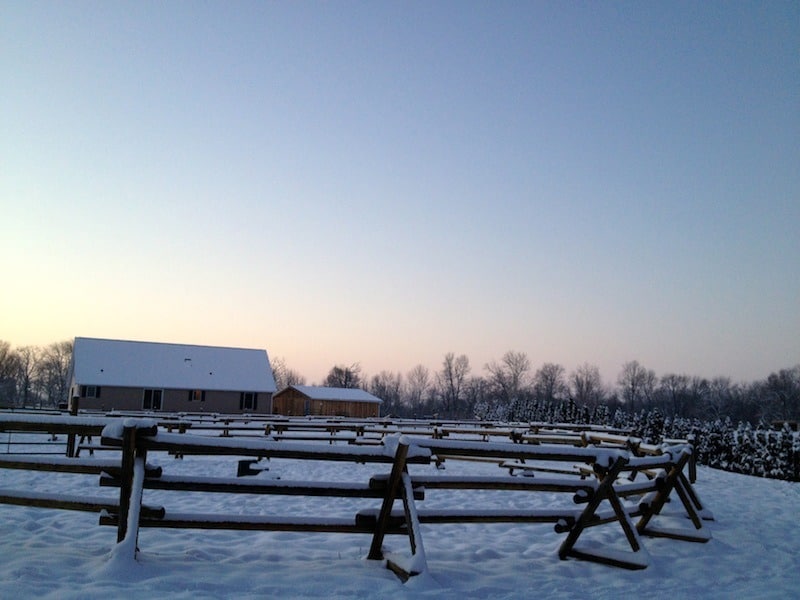 The horses had a lot of fun playing in it. 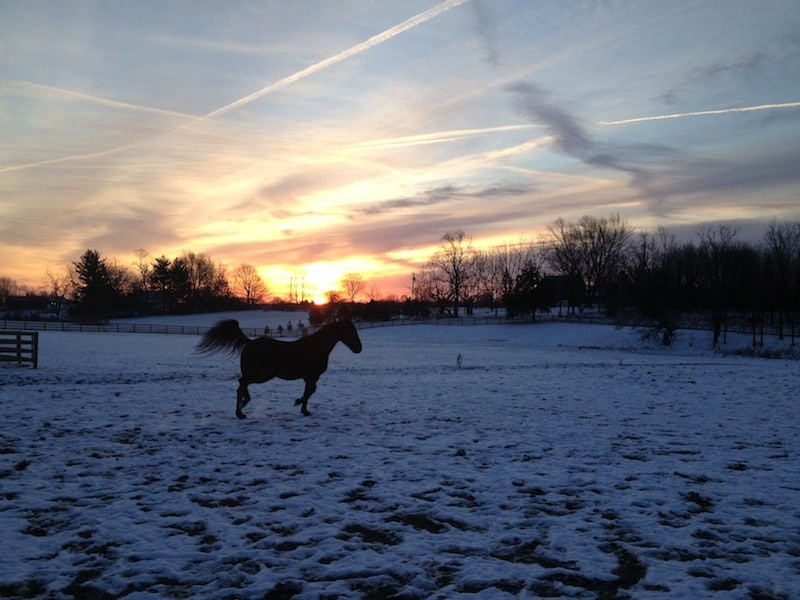 Mom and I decided we needed to ride in the first snow of the year, so we saddled up Keva and Patrick and had fun riding around in the arena. But first one of our cats wanted to show Patrick some love. 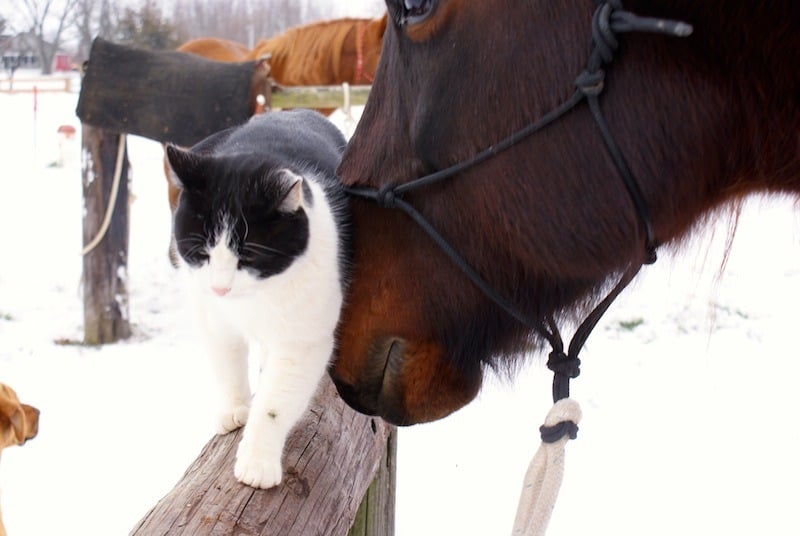 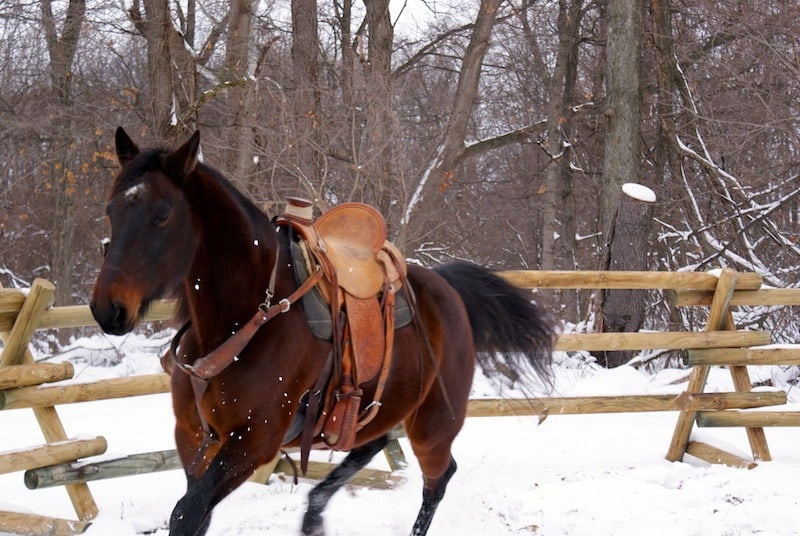 Not only was this our first ride in the first snow of winter, it was my first ride in the new arena since I was pregnant when it was built! It sure felt wonderful to get up on a horse again, especially Patrick, who’s so big and so fun to ride! 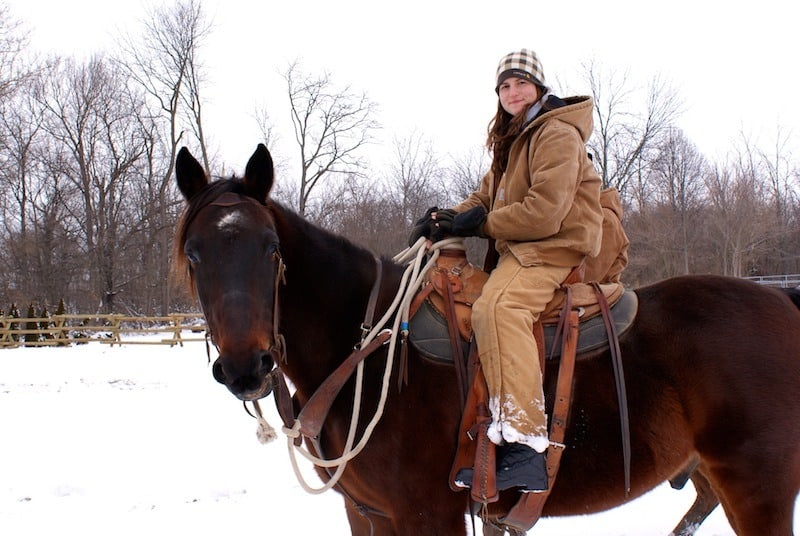 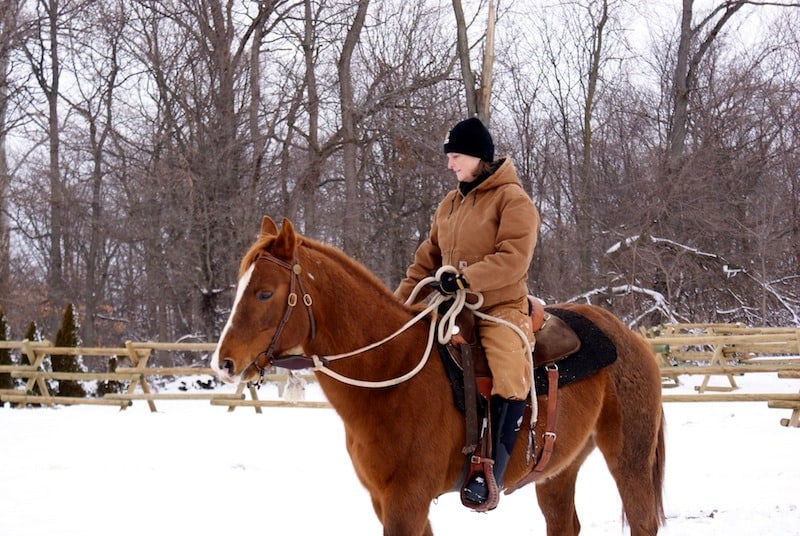 The minis have been enjoying the snow as well, and almost disappeared in it! Lol, not really . . . but it did come up pretty high on them! 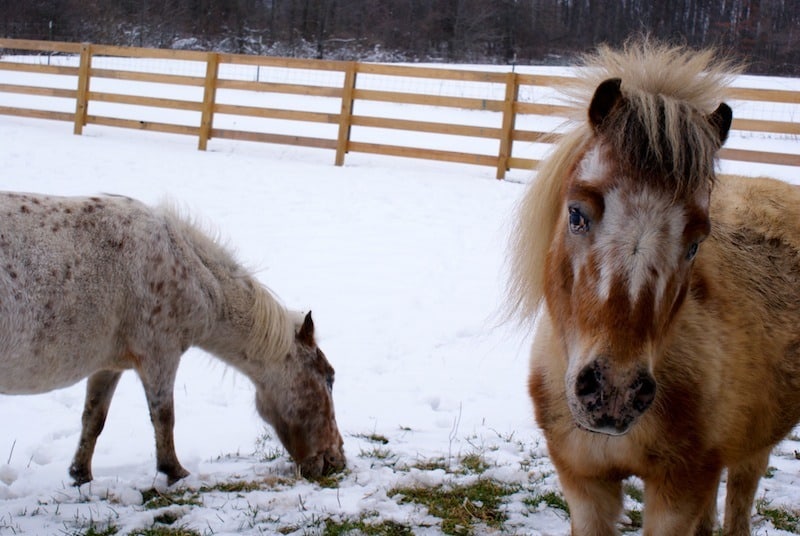 We’ve primarily been in maintenance mode on the ranch since November. Trying to survive the mud and anything else winter has thrown at us. The horses are just chillin’ in their paddocks and pastures, eating, playing, and sleeping. 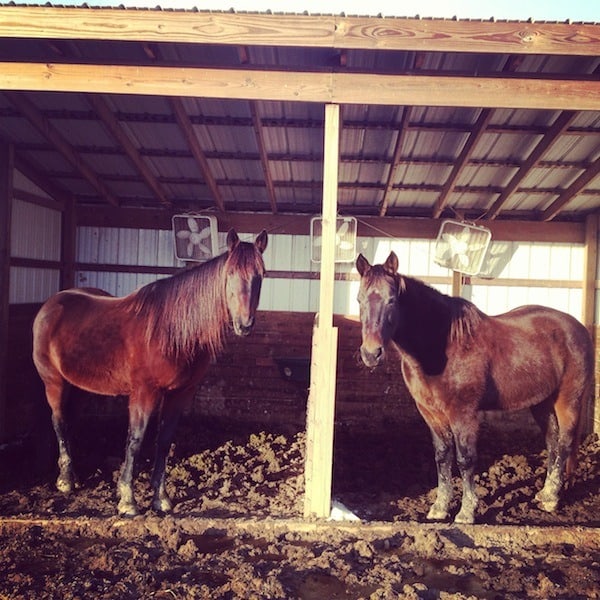 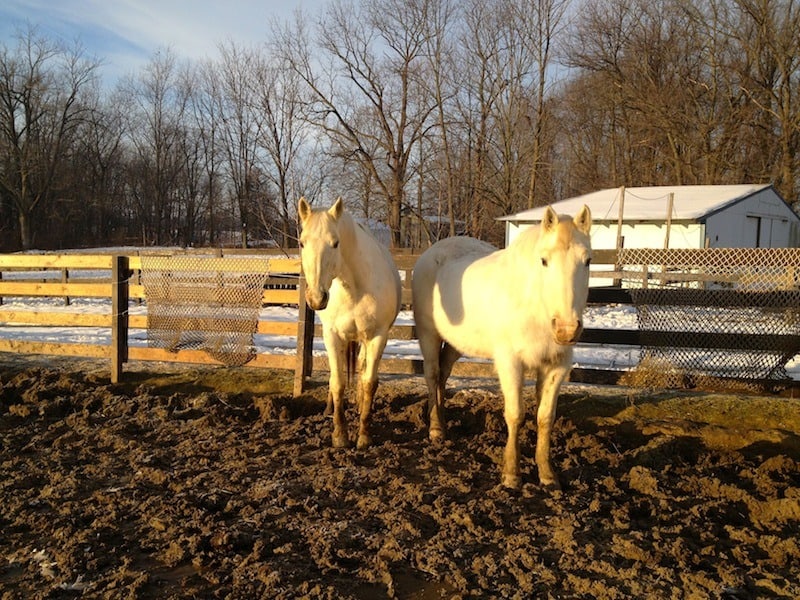 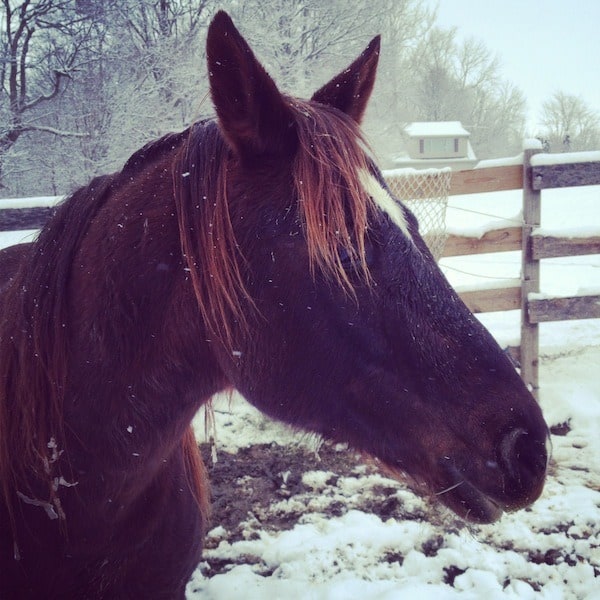 Now that the new year is upon us, we’re prepping for our annual members meeting on Saturday. We’re also working on getting organized for a new year of sessions starting in Spring, as well as getting new business cards and brochures made to help us better spread the word about the ranch.

2012 was a wonderful and productive year on the ranch, and we are so thankful to God for all that he has blessed us and this place with. We look forward to a new year on the ranch in 2013, and we pray that God will guide us as we begin a new season! 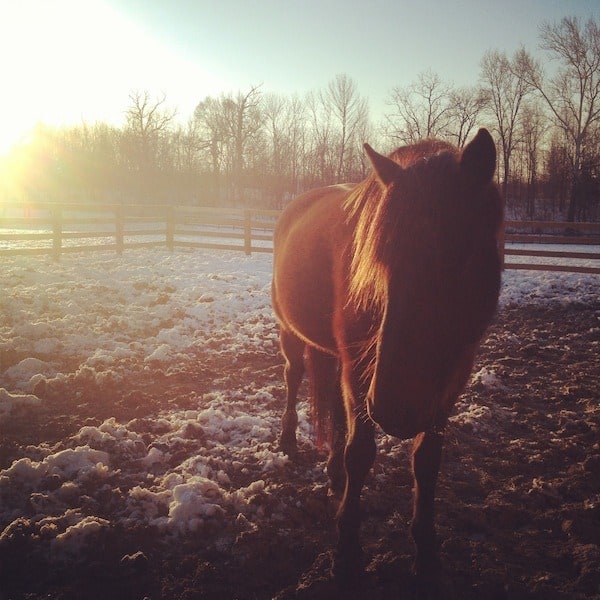